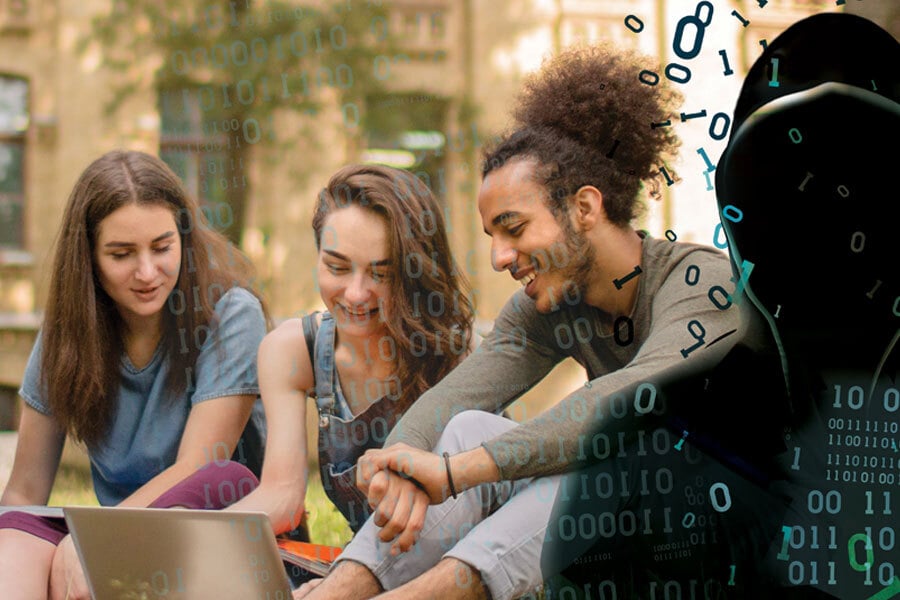 Unfortunately, students and staff often re-use their institution password across dozens of other sites, platforms, and applications. If a data breach occurs at any of these entities, the college or university is now at risk. End users inadvertently become a threat vector, ultimately allowing malicious actors to perpetrate an account takeover and hold the institution hostage.

Pulse and Identity Automation surveyed 151 IT team leaders at Higher Education institutions to understand their:

50% of respondents have at least 10,000 digital identities and most users have 6+ accounts for applications

Half (50%) of respondents have at least 10,000 digital identities within their organization. Furthermore, 92% of respondents have 6 or more systems/applications associated with each user, and each of these accounts are access points that need to be secured.

As an example, based on a median of 10,000 digital identities and 13 systems per user (or 13 accounts, each with a username and password), an institution with 10,000 identities would have 130,000 access points that need to be secured. If one is compromised, there is an entry point into the institution’s system.

Of those respondents that estimate some of their user population uses the same password for personal and school accounts, not one is extremely confident that none of those passwords have been compromised in a breach outside of their organization.

A zero-trust security model safeguards institutions, yet 72% have not fully implemented one

Almost three-quarters (72%) of respondents have only slightly or not at all implemented a zero-trust security model.

Additionally, when asked what the biggest threat vector is at their organization, the overwhelming leader over all other threats is users (44%).

100% of respondents are at least slightly concerned about ransomware attacks targeted at their organization.

RapidIdentity SafeID helps Higher Education institutions proactively prevent account takeover and ransomware attacks by making sure all of their managed digital identities are using as secure of credentials as possible. RapidIdentity continuously monitors all of your institution’s digital identities and compares credentials to those that are known to have been compromised and available for sale on the Dark Web.

Once an account’s credentials become a risk, RapidIdentity SafeID notifies your institution by sending an email summary with an attached report containing all active users whose current credentials have been flagged as compromised (not their actual password in cleartext) with recommendations for steps to remediation.

Even better, RapidIdentity can take it a step further to remove the threat by: