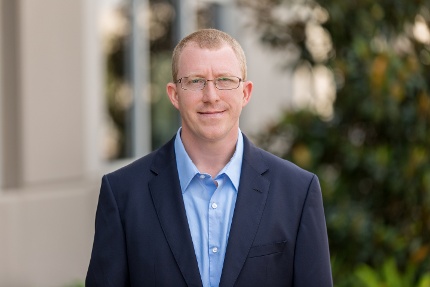 From building complete IT departments from the ground up to successfully implementing a statewide identity access and management (IAM) solution, Samuel Carter brings a vast array of IT experience to Identity Automation, and we’re fortunate to have him on the team!

Career, Computers, and the Cloud: Building from the Ground Up

In 2005, Samuel graduated from, and was immediately hired by, the North Carolina State University Department of Computer Science as a security engineer. He had just started working full-time for the university when a former professor approached him about another opportunity: to build and operate the technology infrastructure for a brand new department, The Friday Institute for Educational Innovation. Not one to turn down a huge opportunity, Samuel gladly stepped up to the challenge.

“We walked into an empty building, and I had to literally build a technology department from the ground up, as a very young and inexperienced person,” recalls Samuel. “I quickly got up to speed running the hands-on technical aspects and received a crash course on what it meant to be a manager and leader.”

Samuel was very active in the university’s community, and even holds a faculty appointment as an Adjunct Professor in the Department of Computer Science, teaching cybersecurity courses. After six years at the Friday Institute, Samuel began his most notable project⏤ leading the identity management component of the North Carolina Education Cloud (NCEdCloud) Program, a five year long project which formally began in January 2011.

As more and more educational resources moved to online formats, students, staff, and administrators had to manage an account for each resource—creating a logistical dilemma as the number of accounts for each person continued to rapidly grow. The NCEdCloud Program was designed to solve this issue by providing the K12 community access to educational resources and applications through a reliable cloud-based identity management system, using a single set of login credentials.

As the NCEdCloud IAM Service manager, Samuel was tasked with designing, building, and implementing the statewide IAM service. To fully understand the project’s requirements, Samuel’s team spent two years in the planning stage, visiting every school district in the state to discuss their challenges and needs. And during the procurement process, Samuel spoke to approximately 40 vendors and was nearing the end of his search, when a business card came across his desk.

“You may want to talk to these folks,” Samuel’s supervisor hinted as he handed over the business card of Identity Automation CEO, James Litton. Samuel’s supervisor had just returned from an EdTech conference where he’d spoken to James at the very end of the show. Walking around the exhibit hall, he’d noticed that every booth was already packing up, except one—Identity Automation. Curious, he ventured over to learn more, starting a casual conversation which would ultimately lead to the largest-ever deployment of a cloud-based identity system of its kind.

Two years after Samuel’s team began their initial efforts, the NCEdCloud IAM project leveraged an open bid process using an unbiased, comprehensive matrix to score vendors in a number of areas. Upon final evaluation, the bid evaluation team narrowed it down to two vendors: a joint proposal from two powerhouse corporations and Identity Automation. Ultimately, as Samuel explains, “Identity Automation slayed the dragon and was selected as the winner by the evaluation team because they best solved the challenges presented with a statewide IAM solution.”

Bridging Between Careers: From One Side to Another

Throughout implementation of the NCEdCloud IAM Service in 2013, Samuel’s consistent drive caught the attention of Identity Automation’s executives. “I was not an easy customer,” Samuel recalls. “If something wasn’t quite right I sent it back and made them fix it. I have great attention to detail, sometimes to a fault, but that’s what made the project successful.” Today, the NCEdCloud IAM service project is still operating as a shining example of identity management at scale.

With the planning and implementation of the NCEdCloud IAM project completed, it was time for Samuel to embark on a new path. James Litton contacted Samuel’s supervisor to discuss an opportunity at Identity Automation. With his supervisor’s support, Samuel literally switched sides, becoming the Service Manager for the NCEdCloud IAM project—except this time, he was on Identity Automation’s side of the fence. “It was crazy,” Samuel recounted. “Back at the state side, I had asked for something to be done by next week, and then suddenly, my own request was my responsibility to complete, and I thought to myself, I better get this done, they need it by next week!”

As Identity Automation continued to grow, so did the need for a formal training certification program. With Samuel’s knowledge of the product, experience as a customer, and background in teaching, running this new program was the perfect fit. Similar to the first major task in his career, building a technology department, Samuel developed Identity Automation’s training program from the ground up.

After two years in the role, Identity Automation’s Training Program has six core training courses—all created from scratch— and offers the RapidIdentity Certified Administrator certification. The program’s two flagship courses, Foundations and Advanced, focus on teaching users (whether customers, partners, or our own employees) how to set up, configure, manage, and support our RapidIdentity solution. The team has even built a cybersecurity awareness training program for Identity Automation employees.

While training is his primary role at Identity Automation, Samuel has made major contributions to other areas of the company, including our blog, ebooks, website content, and RFPs. We’re lucky to have such a skilled and experienced team player as one of our own!

I am pleased to announce the appointment of Jim Harold as Chief Executive Officer effective August...

At Identity Automation, we strive to be a trusted advisor to our customers during their Identity...